Where do you need Skid Steer Loader Hire?

(Rated 4.96 by our Customers for Skid Steer Loader Hire)
Suburb/Postcode

Skid Steer Loader hire near you

These machines are often nicknamed “Bobcats” throughout Australia, although countries like America refer to the Bobcat Company that grew in popularity during the 1970s and continues to be one of the largest construction brands in the world. Multi-terrain loaders are another variant of skid steer loaders that are used when ground conditions are soft and require more traction, like snow, mud, sand and bush. Skid steers have locked steering on both the right and left wheels or tracks with separate functionality, allowing it to skid and easily manoeuvre. The loader arms are usually hydraulically operated to allow the attachments to lift vertically or radially. The radial movement means the bucket attachment will arc away from the skid steer loader until reaching the cab height before it moves back inwards.

What Skid Steer Loader do I need?

While skid steer loaders are equipped with a bucket, this can be easily replaced with many different attachments to suit a range of tasks. As a result, you may be asking which attachment is best to use for your skid steer loader. Attachments include the tree spade, dumping hopper, trencher, tiller, ripper, roller, tilt, sweeper, auger, pallet fork, hydraulic breaker, stump grinder, cement mixer, wheel saw, snow blade, wood chipper or mower.

How do Skid Steer Loaders work?

Skid steer loaders utilise hydraulically powered loader arms to operate a variety of attachments, like buckets. These machines are usually four-wheel drives with double acting cylinders to drive in opposite directions and skid. Typically, the wheels on a skid steer loader have no separate steering mechanism and therefore can hold a fixed straight alignment. When an operator drives the left and right wheel pairs at contrasting speeds, the skid steer loader turns by skidding across the land. A skid steer loader typically weighs less than their tracked counterpart - the posi track, which allows for more flexibility in transportation. Most skid steer loader hire suppliers also have tracked bobcats available.

Once hydrostatic motors were introduced, the transmission was removed from these machines and then powered by a set of hydraulic motors and pumps. Each machine typically has two motors (one motor for each set of wheels) and four pumps. The motors have a unique operating system, ensuring that the bobcat avoids stalling, and while the wheels are operating, the full force of the motor is focused on that function. Skid steer loaders are usually protected from any torsional forces as the wheels skid. The machine still manages to stay light and small, allowing it to complete the same tasks as a front-end loader with versatile applications and increased mobility.

Feel free to get in contact with the iseekplant team to hire a mini loader, ditch witch, kanga digger, dingo loader or skid steer loader by using our Get a Quote tool for quick and competitive quotes. Alternatively, call us on 1300 691 912 or email us at projects@iseekplant.com.au.

"Since we started working with Zelvi we have never looked back, its just so easy to deal with them, plus new well looked after machines"

"Absolutely the best company for price, service and quality. The family at Dynamix trades can cater to any job you need and it’s always done fast and r..."

"Very Good Operation, always get exactly what i am after and great advice is given when its needed. Heavy Plant Hire is the way to go. "

"Had everything I needed and the service was brillant. The Master Hire team is friendly and professional. Highly recommend!!"

"I couldn’t be happier with the service Emlac has provided us on a range of projects large and small. Attention to detail and quality service Tim ..."

"Mel and Tom from Sweeney Hire go out of their way to make sure the customer is looked after. I have always found them to be honest, reliable and a ple..."

"Leading Excavations did the earthworks and slab site for our new home. The staff were punctual, experienced and knowledgable in all aspects of the wor..."

"Mitch has worked on our block preparing it for a new build as well as our retaining wall. Mitch has an eye for detail and is super efficient. Would de..."

"I hired a little Toyota 4SDK4 from Matt to clean up my backyard and found the skid steer to be a late model and in excellent condition at a very reaso..."

"Great experience. Showed me the machine. Gave a few tips. Machine was flawless and got the job done. Definitely be back again"

"Leading Excavations did the earthworks and slab site for our new home. The staff were punctual, experienced and knowledgable in all aspects of the wor..."

"Can't recommend these guys enough. Bruce's workmanship and professionalism was second to none. We got Bruce in to remove quite a few very large yukka ..."

"Moving into our new home, we had no idea where to start. Russell earthworks had our outdoor area looking great in no time"

"I engaged Sam and his team to do some forestry mulching and some excavation works at my property. They were very reliable and professional in how they..."

"Had everything I needed and the service was brillant. The Master Hire team is friendly and professional. Highly recommend!!"

"We recently had our driveway done with Dam good Job using recycled bitumen. From the outset Tom arrived promptly to look at the job and arrange the qu..."

"Rick came into assist with a project and it was adamant that his experience was second to none in the area. Will be using Rick and his team again."

"Absolutely the best company for price, service and quality. The family at Dynamix trades can cater to any job you need and it’s always done fast and r..."

"Dylan is great, professional, friendly, hard working. Has all the equipment and access to equipment for any job we threw at him was always affordable..."

"Two of my clients have used Wildtrax services recently and both have commented on the prompt and efficient service provided by Dane. Something that is..."

Key things to look for when inspecting a skid steer are; reviewing the historical records, examine the canopy or cab, inspect the buckets, check loader arms and cylinders, inspect wheels and tyres, observe hydraulic system, examine the engine and under the machine. To access further information on what you should look for when inspecting a bobcat, check out our skid steer inspection guide.
Common attachments for skid steer loaders include: augers, backhoes, dozer blades, saws, trenchers, sweepers and brooms. Check out our article to gain more information on common skid steer loader attachments.

The following brands make reputable and popular skid steer loaders; Bobcat. Caterpillar, Komatsu, JCB and Case. Read more about the best skid steer loader brands.
iseekplant has a nationwide network of exceptional skid steer loader hire suppliers operating in all Australian capital cities from Brisbane to Sydney, Canberra, Melbourne to Darwin, Perth and Adelaide. We also offer skid steer loader hire solutions in all major towns and cities from Cairns to Townsville down to Toowoomba, Newcastle, Hobart, and then across the country to Bunbury and Mandurah.
Need to hire a skid steer loader in your area? Get an easy quote from iseekplant’s Get a Quote tool. Alternatively, get in touch with us today and our friendly team will be happy to help! Email us at projects@iseekplant.com.au or call us on 1300 691 912! 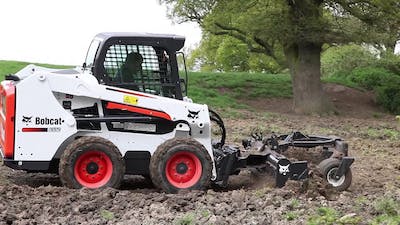 If you are seeking a do-it-all machine for your next job, you might want... 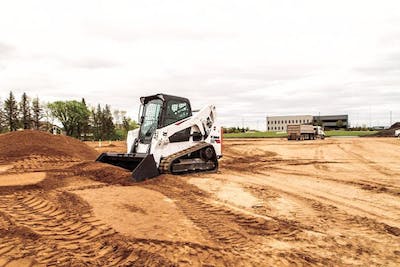 Part of the Compact Track Loader range from Bobcat, the T650 is a vertic...

Skid Steer vs Excavator: Which one is right for the job?

Skid steer loaders and excavators are two of the most popular constructi... 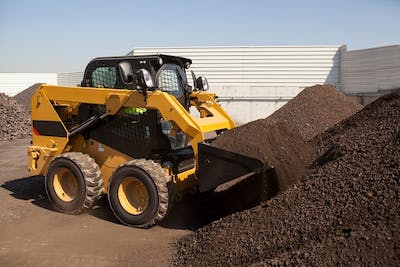 Skid steer loaders or Bobcats (named after one of the leading manufactur... 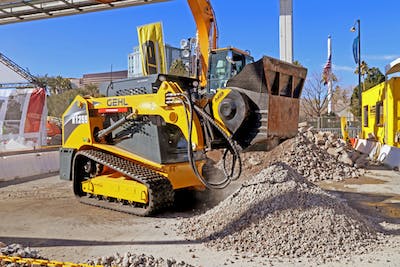 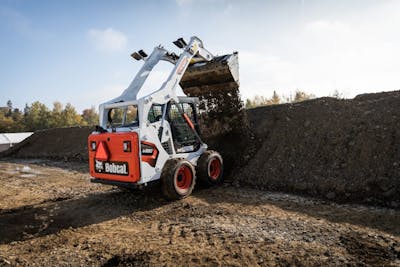 When it comes to operators who prefer machines with power, reliability a... 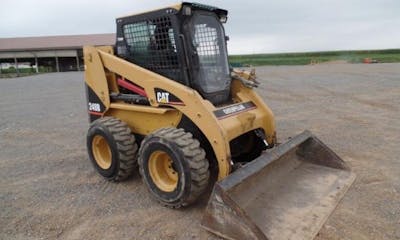 Compact yet capable of extraordinary performance, the Caterpillar 248B S... 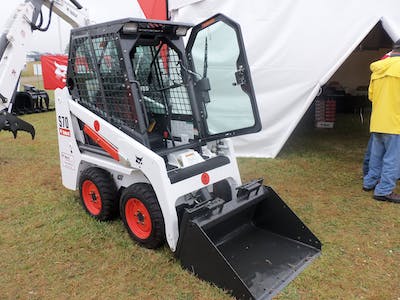 The Bobcat s70 Skid Steer is the ultimate solution for narrow paths, gat... 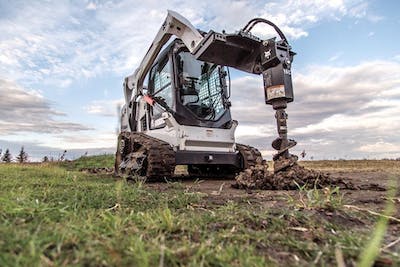 Bobcat has a strong heritage in the compact loader segment, having inven...