Get multiple rates for Scrapers in Australia, FAST!
Hundreds of suppliers available for scraper hire
Get 3 obligation free quotes now
Search through suppliers near you

Where do you need Scraper Hire?

(Rated 4.91 by our Customers for Scraper Hire)
Suburb/Postcode

Scraper hire near you

Scrapers often play a crucial role in large earthmoving, agricultural, mining and construction projects, as powerful and versatile tools. iseekplant has an extensive range of scraper hire suppliers throughout Australia who offer open bowl, laser bucket, elevating and twin powered scrapers. Scrapers work most efficiently when the fill and cut areas are close together and long enough for the hopper to be filled in one run. It’s also possible for a team to use multiple scrapers in a long cut area, using dozers and the push-pull technique.

Scrapers are equipped with a hopper, gate and blade at the bottom. The blade scrapes up dirt and other materials when the scraper moves forward, forcing the material into the hopper. Once the hopper is completely full, the material is taken away to be appropriately disposed.

Open bowl scrapers are the most basic type of scraper, featuring a hydraulically-powered hopper which moves on a vertical axis. While the front part of the hopper can self-fill, a dozer is also necessary for most projects. Open bowl scraper hire suppliers provide scrapers for a range of applications, and their hydraulic systems allow all the components (including the apron and ejector) to function independently.

Elevating scrapers offer higher efficiency without needing to use a dozer, as they can self-fill and complete fine finish work and material homogenisation. For comparison, open bowl scrapers have an apron that drops down over the material for containment, whereas elevating scrapers have an electrically or hydraulically-driven elevator made up of two chains and a series of crossbars. Material is dumped from the elevating scraper when the floor of the bowl is slid backwards, and the elevator is reversed to ensure that the load is evenly dumped.

Twin powered or tandem powered scrapers are often used for large-scale earthmoving projects. Twin powered scrapers have rear axles with a front engine and capacity of up to 400kW. The tandem push-pull scraper combines the horsepower of two machines into one with self-loading capabilities in less than a minute.

The iseekplant directory features scraper hire suppliers offering heavy-duty scrapers that can get the job done quickly and efficiently. Scrapers can have many different setups including auger scrapers, pull scrapers and more, so you can easily find the best scraper for your next project. Get in touch the iseekplant team by calling 1300 691 912 or emailing projects@iseekplant.com.au to connect with the most reliable and cost-effective suppliers in your local area. Alternatively, you can use our Get a Quote tool for competitive and quick quotes.

"Established originally as ASG Maintenance in 2008, the business evolved to include a complementary earthmoving equipment hire service with the incepti..."

"Mitchell and Co did an absolutely fantastic job on my property in Nundle. Zac dealt with regrowth timbers and clearing for me. Nothing was too much tr..."

"Great company, very professional and prompt to deal with"

"Josh Turner Earthmoving is a family-owned earthmoving business that specialises in agricultural, civil and mining earthworks. We are based in Stanthor..."

"Townsville Earthmoving Pty Ltd is a well respected privately owned family business which was established in 1978. TEM is one of the largest Earthmovin..."

"Mitchell and Co did an absolutely fantastic job on my property in Nundle. Zac dealt with regrowth timbers and clearing for me. Nothing was too much tr..."

"This crew maintains their machinery to the highest standard. ThIs attention to detail flows on to their workmanship ......keep going until it’s spot o..."

"Great company, very professional and prompt to deal with"

"Established originally as ASG Maintenance in 2008, the business evolved to include a complementary earthmoving equipment hire service with the incepti..."

"Josh Turner Earthmoving is a family-owned earthmoving business that specialises in agricultural, civil and mining earthworks. We are based in Stanthor..."

Scrapers are powerful machines that are typically used for mining, construction and agricultural projects. Scrapers are capable of hauling, loading, dumping and digging during complex earthmoving projects. While they may look similar to graders, scrapers differ by having a hopper and a gate with a blade at the bottom. As the blade scrapes up dirt or other materials when the machine moves forward, the material is forced into the hopper. Once the hopper is completely full, the material is taken away to be disposed of.

The scraper hire you opt for will largely depend on a few variables. The size and scope of your project, as well as the surface you’re scraping, are going to drastically impact the scraper you hire. There are four main types of scrapers for hire in Australia - these include:

The most common scraper hire option is the single-engine wheeled scraper. This machine is perfect for basic earthmoving applications, although an added effort is required to operate it as more often than not, you will be required to not only pull the tractor but you will be required to push the trailer as well in order to gain enough force and momentum to rip up tough soil. Elevating scrapers are ideal for removing dirt and soil as well as mixing, homogenising and completing fine finished works. Pull type scrapers are just as the name suggests, an unpowered trailer that needs to be fitted to a tractor in order to be propelled.

Check out more info on the perfect scraper for your project here!

In Australia, you aren’t currently required to obtain a license to operate a scraper. However, if you’re looking to use the machine in a professional setting, the person conducting or undertaking business on the worksite must determine whether you’re competent in operating the machine.

Scraper hire rates in Australia can fluctuate depending on the size of the machine you’re hiring, whether you need an operator and how long the project is scheduled for. Check out the average scraper hire rates below:

In short, yes - there are some other machines used throughout the agricultural, mining and construction industries that effectively do the same job as a Scraper. However, they’re not anywhere near as efficient. If you had an excavator, skid steer loader, backhoe, bulldozer, motor grader or trencher at your disposal, it’s likely you could achieve similar results to scraper hire. However, using 3 machines will cost you more, take longer, and look pretty silly.

There are a number of reliable scraper manufacturers in Australia, although three stand out from the rest. All three of these options are tried and tested in Australian conditions - the most common brands you’ll see across construction sites in Australia include:

Learn more about the best scraper brands by clicking here!

iseekplant has a nationwide network of quality scraper hire suppliers operating in all Australian capital cities from Brisbane to Sydney, Canberra, Melbourne to Darwin, Perth and Adelaide. We also offer scraper hire solutions in all major towns and cities from Cairns down to Townsville, Mackay, Toowoomba, Ballarat, and then across the country to Geraldton and Mandurah. 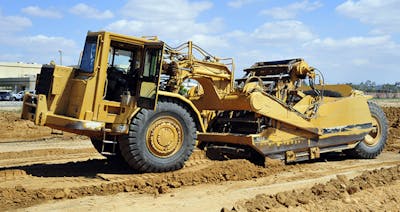 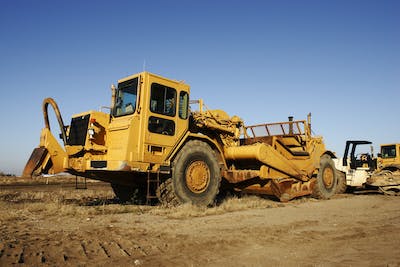 Do you Need a Licence to Operate a Scraper?

Currently, to operate a scraper you don’t require a licence. The person ... 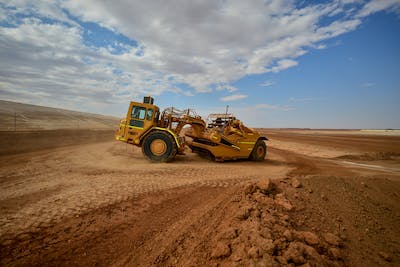 What do you use a scraper for? Scrapers remove unnecessary dirt, gravel...

Scrapers are a handy piece of earthmoving equipment that are most common... 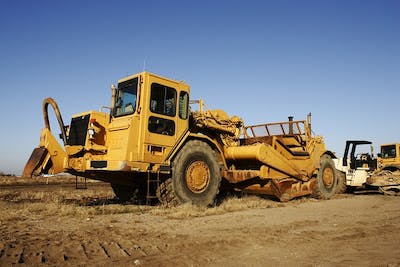 What is a Scraper?

Scrapers are powerful machines that are typically used for agricultura...

Can any other machines do the same job as a scraper?

What machines are used for earth-moving? In summary, yes, there are oth...