Where do you need Scaffolding?

Find a Scaffolding supplier for your Next Project

Scaffolding is an important part of most construction projects as they provide a temporary platform to elevate and support workers during construction. It also allows for convenience and safety when moving materials or parts in a construction project. The types of scaffolding needed will vary depending on the project and needs of the project. A scaffold is made up of individual components that are classified as plants under the model The Work Health and Safety Act 2011 (Qld). The WHS Act acts as a guide for requirements and standards to ensure safety of workers using scaffolding.

Scaffolds must be inspected by a competent person before use to ensure safety. Any necessary repairs, alterations, or additions must be made then the scaffold is safe for use. Unauthorised access must be prevented while the scaffold is incomplete or unattended.

Find all the scaffolding support and guidance you need

Our suppliers provide reliable scaffolding that is built to last, ensuring that your laborers have a safe and sturdy platform to work from. Make your construction project an easy success with the right kind of scaffolding. We know not one size fits all which is why we offer the services from a range of providers so you can find the perfect scaffolding provider for your project.

Our suppliers have different types of scaffolding to choose from, perfect for any construction project. Whether you need single scaffolding, double scaffolding, or single type cantilever scaffolding, use our directory to find the right option for you.

If you're looking for high-quality scaffolding work, look no further than iseekplant. We have a wide selection of scaffolding and other services from the best suppliers in the industry – all at competitive prices.

We know that time is of the essence when it comes to large construction projects, so let us take care of the details while you focus on getting the job done right. ​​Call us on 1300 691 912 or email our team at projects@iseekplant.com.au, or use our Get a Quote Tool today for quick and competitive quotes!

Popular Searches for Scaffolding in Australia

Scaffolding is a temporary structure that is erected to support access or working platforms. Scaffolding is generally used during construction work so that workers are safe and have a stable work platform for times where the job is not carried out at ground level or on a finished floor. So, scaffolding is the individual components and materials such as tubes, couplers or frames that form a scaffold when assembled. Scaffolding is executed when erecting, altering, or dismantling the scaffold. It must be performed by a person that has a high-risk work licence.

Read about what scaffolding is and why you need it on the blog here.

Below are the six main types of scaffolding: 1. Single Scaffolding - This type of construction scaffolding often uses brick masonry works, which is also known as Bricklayers Scaffolding. It consists of a single framework standard (a sequence of vertical members that are made of timber or bamboo), ledgers (horizontal longitudinal components that are used to connect the standards), and putlogs (temporarily constructed parallel to the wall and are joined to one end in the hole left in the wall and the other ended on the ledgers).

3. Steel Scaffolding - Also known as tubular scaffolding because of the hollow nature of the steel metal it uses. It’s like a mason scaffolding but with the use of steel instead of bamboo or timber. The advantages of using this type of construction scaffolding includes (1) faster erecting or dismantling time unlike the other types using timber, (2) more durable and cost-effective, (3) can better withstand fire, and (4) can be used for greater height because it is stronger and sturdier. However, unlike the other scaffolding listed above, this one is more expensive and needs more maintenance.

4. Cantilever Scaffolding - Also known as needle scaffolding due to the succession of needles taken out through the holes in the wall to support the standards. Usually, it is used when the ground is not firm. It has two main types - single and double. The series of needles for the single cantilever only supports the standards while the double cantilever has both needles and projecting beams strut to the floor through the openings.

5. Suspended Scaffolding - Often seen when there are maintenance jobs such as painting. It has a working platform suspended from roofs or parapet walls using wires, chains or ropes that workers can also use to lower or raise the platform according to their needs.

The standard dimensions of a scaffold are usually 5 foot high and 7 foot long. However, it can go even higher up to 30 feet tall. But for scaffolding that is tied to a structure, it can reach even higher than 30 feet.

Here are the typical scaffolding hire rates per day in Australia based on the platform height:

iseekplant has a nationwide network of quality scaffolders operating in all Australian capital cities from Brisbane, Sydney, Canberra, Melbourne to Darwin, Perth and Adelaide. We also offer scaffolding in all major towns and cities from Cairns down to the Sunshine Coast, Gold Coast, Newcastle, Central Coast and Geelong.
iseekplant is your one-stop-shop for all your scaffolding hire needs. Just do a search on our marketplace, and you’ll find all the closest suppliers to your location. If you’re short on time, let us do the searching for you! Use our Get a Quote tool to tell us what you need and where you need it, and we’ll get your closest suppliers to contact you with their best rates. Give us a call on 1300 691 912 today or email projects@iseekplant.com.au to discuss your project.

Some safety precautions for scaffolding that should be considered to avoid scaffolding hazards on your next job include:

There are a number of steps to set scaffolding and guarantee that it is set up safely for construction to begin. Some of the steps include:

Read our full how to set scaffolding guide to find out what is needed in each step of the way for a safe scaffold structure. 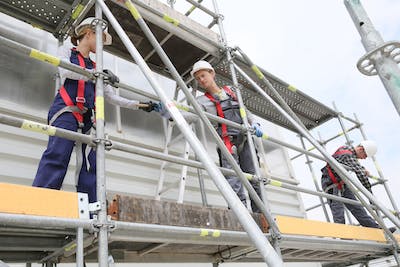 What are typical scaffolding hire day rates? (By platform height) 2 me... 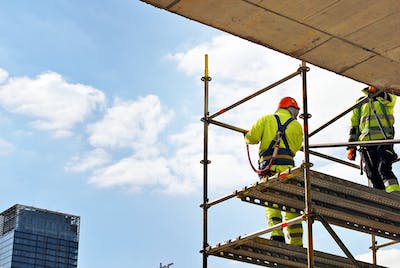 Performing work at height on site will typically require the use of scaf...

What is Scaffolding in Construction and why do you need it?

Scaffolding is used by construction workers on most of their constructio...

How to Set Scaffolding On Site Tips

Scaffolding is a century old technique that has evolved into modern cons... 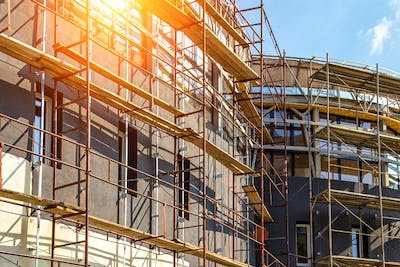 Types of Scaffolding Used in Construction

Scaffolding is a temporary framework used to support construction worker...