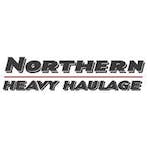 Northern heavy Haulage is a Darwin Family owned company that is controlled by a team that has over 25 years in the transport and logistic industry.

the company service's all devisions of the mining sector, oil & gas, open cut, under ground. we also have a vast experiance moving avation equipment across the Counrty.

our company value is " WE MAY NOT BE THE BIGGEST BUT WILL WE BE THE SAFEST". this has been shown with our zero harm and safe first practic's that all employed-engaged by NHH

come to abide by.

Northern heavy Haulage has received no reviews yet, leave them a review today

Get a Quote from Northern heavy Haulage