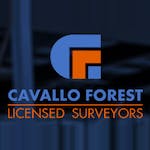 Cavallo Forest are licensed surveyors with a passion for land development and client focused philosophy.

Rocco Cavallo & Daryl Forest began operating as a partnership in January 1992 and quickly established itself as a reputable firm with both clients and peers, specialising in Land Divisions.

The founders of Cavallo Forest, Rocco Cavallo and Daryl Forest initially worked together for several years in the late 1980’s in an Adelaide based survey company.

They soon realized that they had a shared passion for land development and a client focused philosophy that other companies they had worked for were not providing and eventually began operating as a partnership in January 1992. Cavallo Forest quickly established itself as a reputable medium sized firm with both their clients and peers, specializing in Land Divisions.

Prior to the Community Titles Act 1996 coming into operation, Rocco and Daryl attended all the workshops to ensure that they had input and also intimate knowledge of this (then) new Act. One could still create Strata Titles under the Strata Titles Act until 2000, however, Cavallo Forest quickly realized the potential of this new form of title and was instrumental in implementing a few “firsts” in Community Titling.

It is this sort of innovation and attention to legislative changes that has kept Cavallo Forest at the forefront of land division consultancy in the state.

Whilst the business is now wholly owned and operated by Rocco Cavallo, a Licensed Surveyor of some 30 years’ experience, Daryl Forest (with over 50 years’ experience in Land Divisions) remains as a consultant on larger subdivisions.