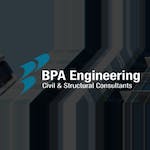 Tim Barwood (company founder) originally worked for Rankin and Hill in Melbourne in the 1970’s. He was sent to Perth to carry out the structural design and oversee the construction of the AMP Building on the corner of Barrack Street and William Street in the Perth CBD.

On completion of the project Rankin and Hill wanted Tim to relocate back to the Eastern States; however, he had settled in Perth and did not want to leave. Tim decided to set up his own structural firm from his home, creating Tim Barwood Consulting Engineer in early 1978 following the suggestion of highly respected architect, Peter Hunt, of Peter Hunt Architect.

Over the years, a few key personnel joined the team, including Alan Waterhouse (1982), Richard Williams (1988) and Steve Djulbic (1989) delivering projects including

In 1995 the company faced many challenges, with Tim Barwood retiring due to long term illness and Mike Parker departing from the business. Steve Djulbic took over the role of Managing Director from Tim, and with the restructure, the company became known as Barwood Parker Australia. Peter Scott joined the team shortly after in 1996 and soon became a director in 1998.

In 2001, the directors made the decision to streamline the name to BPA Engineering, incorporating the historic values of Barwood Parker Australia into the new millennium. Aaron Murray (2001) and Long Truong (2004) joined the team as junior engineers during this period with Richard moving into the key management team as the Civil Director to oversee this section as Mike Evans transitioned towards retirement. During this decade, BPA Engineering had secured and delivered many significant projects

In the past decade, the company saw key changes in upper management with Aaron becoming a director of the company and Long taking on the reigns as Managing Director as Steve transitions into retirement. The introduction of young directors catalysed the business moving towards today’s modern office with the utilisation of Newforma; allowing the progression towards a “paperless” environment. During this period, the company expanded their expertise into other industrial, mining and energy sectors delivery projects encompassing the following

Today, the practice continues to move forward whilst maintaining key principles established during the 40 history of the company; to deliver comprehensive, practical and efficient engineering solutions.